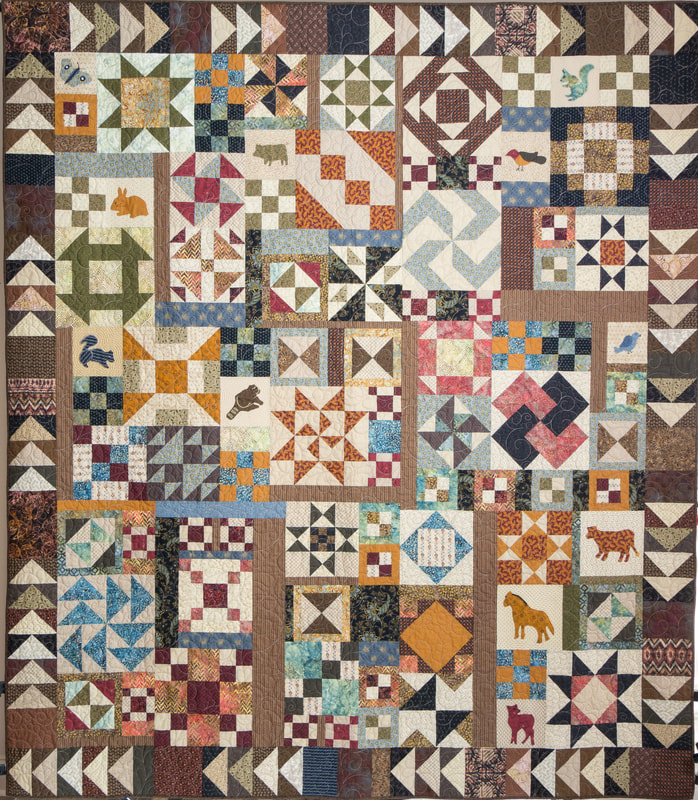 Photo credit Alda Vidrich
American Quilt Tour is from  an original pattern by Ellen MacAvoy incorporating both traditional Virginian and American favorite pieced blocks. The appliqué motifs were inspired by an African American quilt in the Colonial Williamsburg collection. Fifty members of the CAQG participated in block construction and quilt assembly. (Quilt is 84" by 96".) 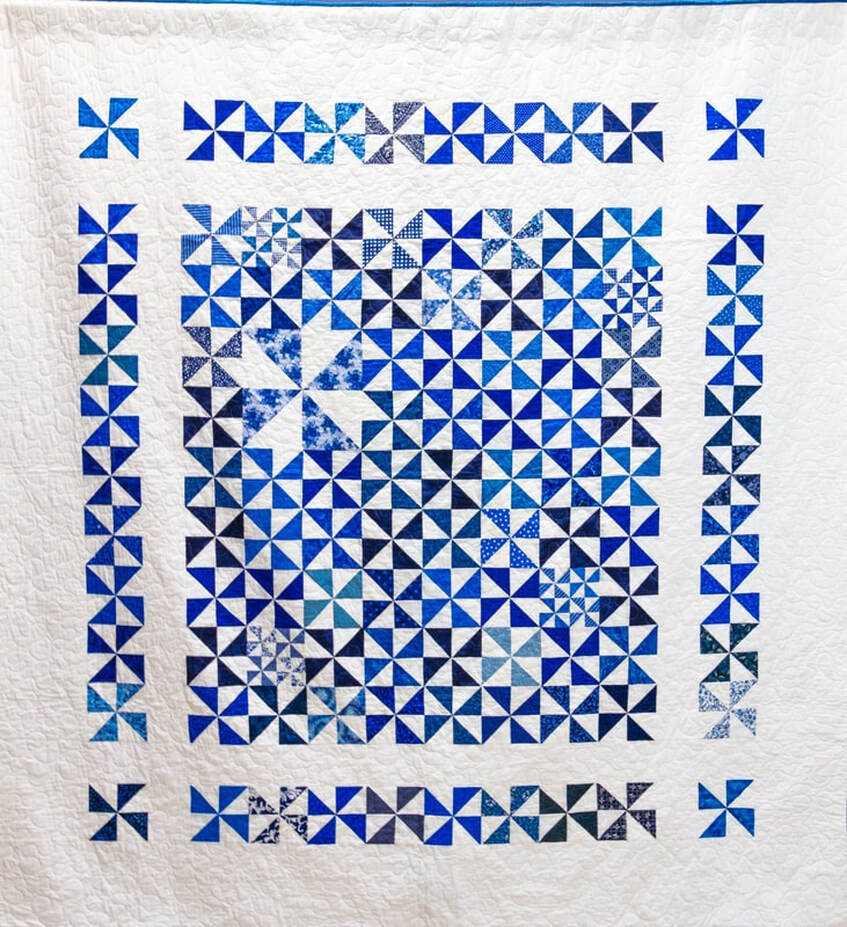 2017
Sunflower Beauty was organized by Nadine Urban and Mona Houle. The quilt is based on a design by Karen Kay Buckley with the color palette chosen by Nadine and Mona. The applique and pieced blocks were completed by individual members. Creative Quilting by Mona Houle did the quilting. 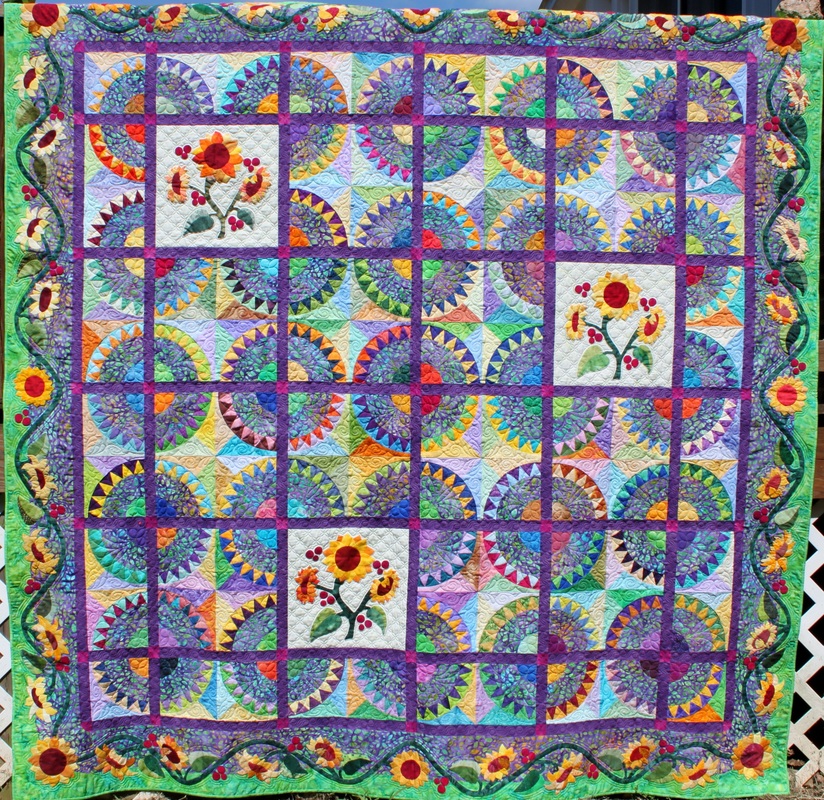 2015
This project was organized by Del Horan and Mona Houle. The quilt is based on a design by Karen Kay Buckley with the color palette chosen by Del and Mona and machine-quilted by Jeannie Allen.​ 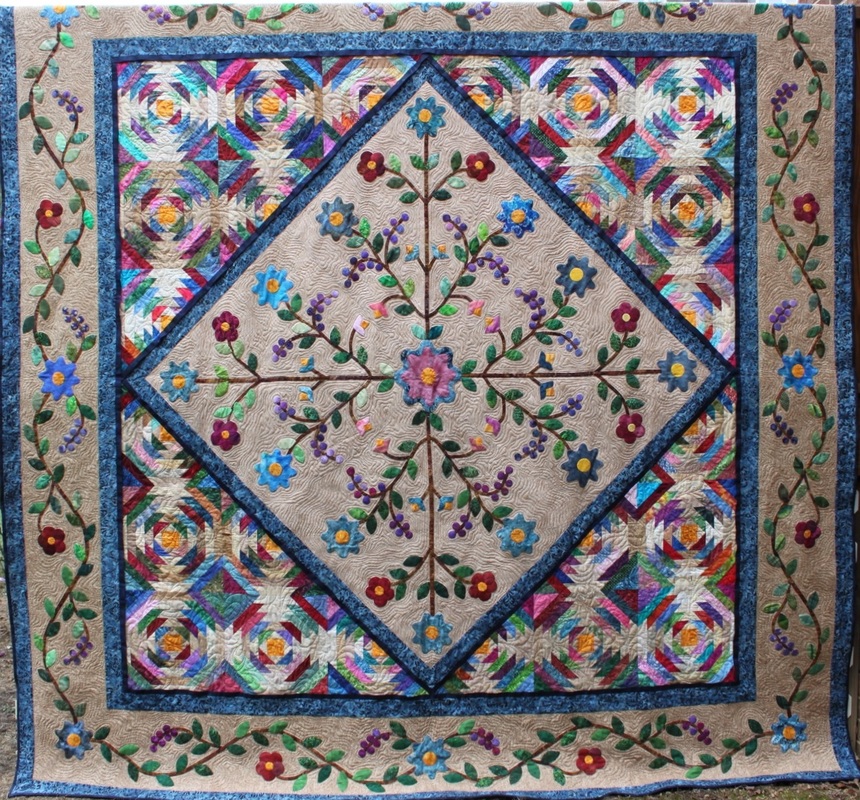 2013
Summer's Song was based on a design by Rosemary Makhan and the project was organized by Ramona Houle and Del Horan. 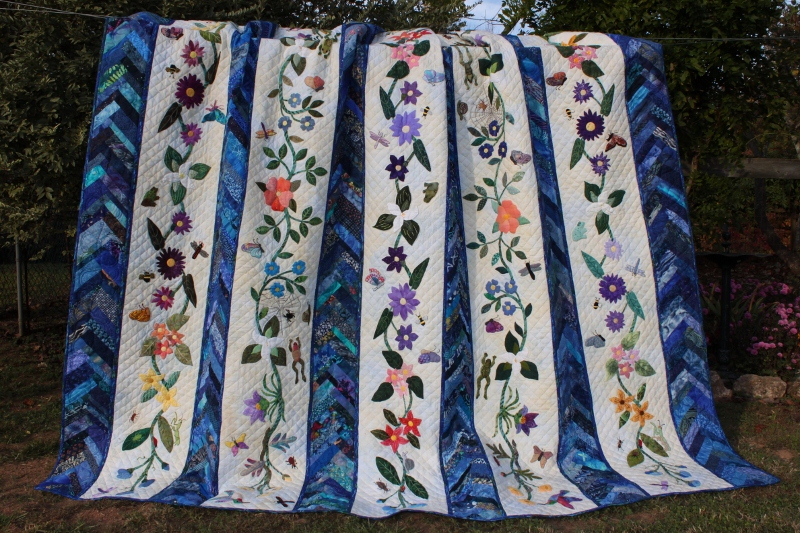 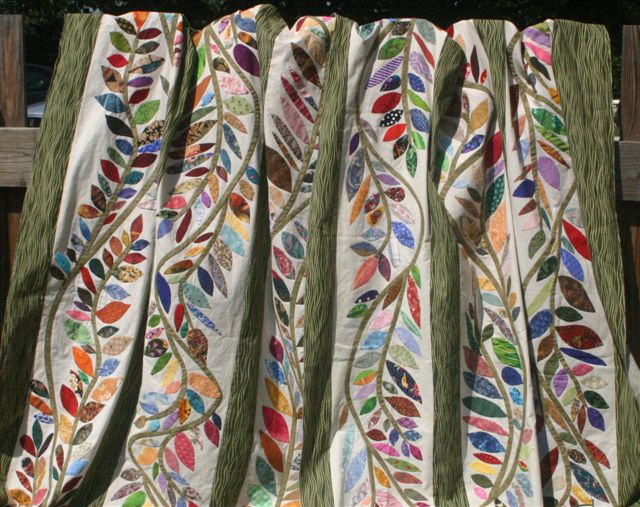 2009
Asian Fantasy was designed by Alice and Jerry Hastings. Each block was completed by a guild member. Hand-quilting enhanced the white background, and the border was machine-quilted with a beautiful feather motif. 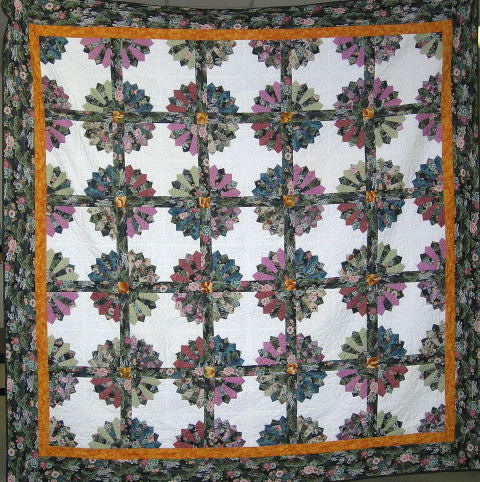 2007 ​
Springtime Baskets from Jefferson's Country Garden was designed by member Janet Saulsbury. Machine pieced and machine quilted, this beautiful quilt was enhanced with hand-applique and hand-quilting by the numerous talented quilters in our guild. 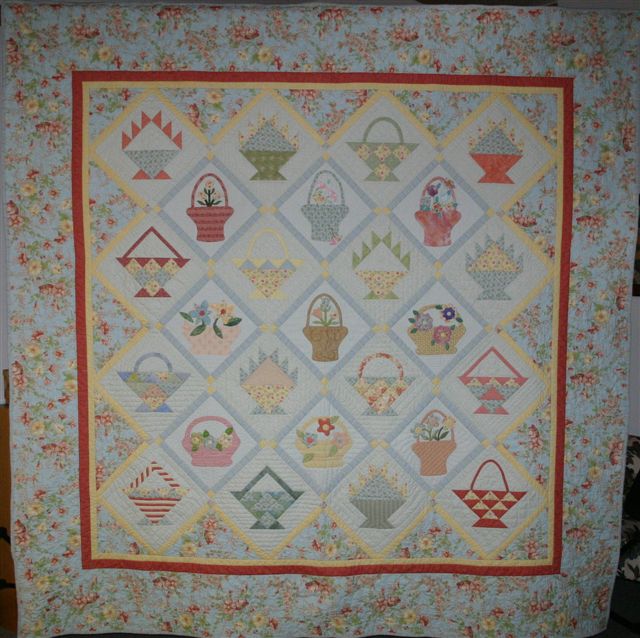